She of the Clear Water Springs (extra tall) The Muses continue to amuse us as the Dollmaker resumes

her studies on Flowing Fabrics and Drapings..

Those ancient Greeks were experts at Draping themselves

they really got that Flow Thing going on back then.

Muse of the Art of Pottery

and, as promised, the Dollmaker has begun to boldly extend the

Realm of Personification of the Arts, altering (supplementing) ancient history

by adding "Pottery" to the list of Arts slated for

Folding Fleece Circles in Half

and the Clothespin Peeple inside them

is make more and more of something...

trying out every variation she can think of...

The Dollmaker was given a gift of 33 Agatha Christie Mysteries this month.

a fine pearl is a valuable treasure

that needs no polishing or cutting by man.

It comes to us complete and lustrous

a gift from the Sea.. 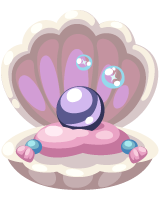 a Wee Sea Goddess gets the spotlight...

this Doll is particularly suited to ask.... Why?

It is foretold that she is

Destined to rule over a Kingdom of Stuffed Animals...

When she was informed of this,  she had one thing to say:

has been the continuation of the

..here photographed on a tour of their new Country..

a site-seeing Preliminary to their Grande Introduction

to the Population of Five Shelves.

In the first photo they were passing through The Hamptons

on their way to the Castle.

They had traveled far overland to rule over

They came to be The Queens!

And the motley population of the Bookshelf Realm

Hail to the New Queens!

Every Inhabitant of the Realm was in attendance!

Now, that Other Queen...

Remember the One who always asked and still asks

That Queen can be found now dwelling within the community

a horde of Rescued Stuffed Animals!

no strangers to sidewalks and roadsides... a rough bunch...

At her Coronation she was formally crowned

(Jimmy says: She needs to be merciless with THAT Group!)

and she started right away conducting Interviews!

Colloquially known as "Queen Why?" (QW)

she is both beloved and feared already for her relentless consistency...

vying for the status of

"most fun had this month"

and pulling out strongly into the Lead..

The Dollmaker being driven to distraction since the

onslaught of the "Vintage Hankies"...

one feels confident in confidentially labeling the situation as her

in fact, there have been many purchases

there have been Halloween Fabrics!

and of course the obligatory

in the Language of Music!

yes, "Obsession" would be accurate...

and an assortment of Flowers, Frogs, Faces and Spirals

It's been a pleasant July...

so far it's pretty much stayed in the 90's all month..

with occasional rains! Not bad at all for a Texas Summer!

Moving right along... the

it is absolutely the amount of joy you feel.

Cleaned up the Garden...

the Shingles are coming!!!