How much courage is needed
to play forever,
as the ravines play,
as the river plays.

Boris Pasternak -author of Dr. Zhivago - from his poem "Bacchanalia"

"...to engage in an activity for enjoyment, recreation or diversion

rather than for a serious or practical purpose..."

...To perform on an instrument:

...To behave in a teasing or joking manner; act in jest or sport..

the Dollmaker is learning that

making Art is quite satisfying when it is -

...when the element of Play is allowed to enter into the Creative process...

when the 'serious' melts away for a moment...

when the absurd sneaks in and bops the notion of Work

over the head with a foam bat and

order, symmetry, balance, reason- even beauty- begin to tilt.. and then whirl...

and the unfettered purity of Play opens the field

To experience this is to know Freedom.

Fun and Play are often held in somewhat lower esteem than

that dangle, like car mirror dice, precariously close to tackiness....

Kitsch refers to mass-marketed products- indeed, all the "flotsam of mass culture"...

which appeals to the popular imagination...

"Where there is an avant-garde,

Simultaneously with the entrance of the avant-garde,

{works that are experimental, radical, or unorthodox}

a second new cultural phenomenon appeared in the industrial West:

that thing to which the Germans give the wonderful name of

"Some more up-to-date examples of Kitsch

might include plastic or porcelain models of Princess Di,

Japanese manga comics and the Hello Kitty range of merchandise,

many computer games, the whole of Las Vegas and Disneyland,

Greenberg saw kitsch as the opposite of high art

resulting in the explosion of

“Historically, Kitsch is the product of the industrial revolution and the rise of the middle class,

which spent its disposable income on mass-produced objects and reproductions of famous artworks.

making it accessible, enjoyable, and entertaining."

Jeff Koons' Balloon Dog at (of all places) the Palace of Versailles...

"..the biggest pretension of the Art World is that it both accepts the "avant garde" and encourages it.

BUT.... in Truth the actual Avant Garde is eventually a big surprise to the factoid mentality that it overthrows...."

"Being classified as kitsch means you are having a big impact on popular culture.

Kitsch art shines light on what our culture relates to, feels, desires, and identifies with.
What becomes popular says something about who we are as a people."

“High culture is paranoid about sentiment. But human beings are intensely sentimental.”

(whose Popular Landscapes have been accused of being "irrelevant"

... he and millions of people who buy his calendars and mugs worldwide, disagree)

The Dollmaker grew up in a Pop Art Culture saturated with catchy Commercials, glitzy Movie Stars,

daily doses of all manner of Kitsch...

It was nowhere near Fine Art.

But the Masses loved it.

...in Appreciation of Excellence in Bourgeois Mediocrity...

The Dollmaker wishes to present 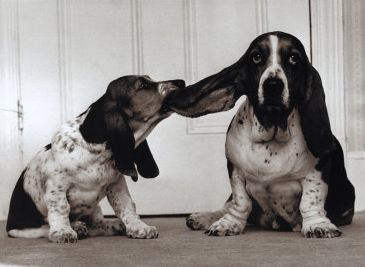 Dogs Playing Poker refers to a series of oil paintings

Other Paintings in the Series:

Although his paintings are now considered iconic in the world of pop culture,

Cassius Marcellus Coolidge is largely unknown and was once dubbed

“The most famous American artist you’ve never heard of.”

In 2005, the original paintings- A Bold Bluff and A Waterloo -sold together for

But this beats them all:

the highest price ever paid for a Work of Art by a living artist....

Art is his 'preferred vehicle of merchandising'..."

whoa. How about That!

so... the history of Art stomps onwards and it always

Play ON, folks, Play On!