Plague Doctors in thy Branches!

began on a somewhat dire note...

was something to celebrate in

..and a commemorative 40th Anniversary Stamp

ah yes... The Dollmaker is filled with relief and gratitude

for the incredible Good Fortune of getting through TRF

and oh yeah the Corona Virus (no faire has opened since March)...

...so began, survived, and ended the

Opening with the brilliant and cunningly contrived 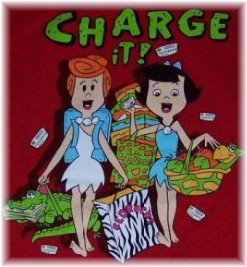 and so... "Opportunity" struck again!

And the Dollmaker once more dutifully packed up her Thanksgiving dinner

and headed for the

...nothing like a first Christmas in a Doll's new Home... sigh.. so sweet.

the Dollmaker always loves photos of the Dolls at Yule time...

...when the Texas Renaissance Festival ended,

the Dollmaker really got busy-

posting pictures Online of the Dolls she still had

And many Wee Peeple Dolls shipped out to become

Her "Holiday Sale" and Special Orders

kept the Dollmaker busy for most of the month of December...

at which time she found she needed to order more

and while she was at it,

she ordered new tote bags for the Doll Shoppe too...

...how things got really strange in a very short amount of time...

became a Thing people had to figure out how to do

the hammer came down on Sherwood Forest Faire in it's 3rd weekend.

Shut down. And for the next 8 months no Renaissance Festival dared to open...

so.. as the astonishing Role of Toilet Paper

watched that World spinning round.....

and around April or so...

she stopped making Dolls for a while

right. somewhat of an understatement to say that

and while Mask Wearing

became the most controversial issue of the century

the Dollmaker found a path through the chaos,

and responded in her own way... as usual.

so... in December it seemed like a good idea to make an

she had enough photographs, for sure!

and while she was collecting pictures from files,

she went ahead and made that Calendar she intended to make...

the one with the Paintings and the Dolls:

Nowadays the Dollmaker has been spending a lot of time outdoors-

and lashing them together using twine and ripped fabric strips

as well as acquiring an understanding

of the peculiar (pyramidal) power in the design...

these types of constructions are simple and quite ancient, possibly dating from

The Dollmaker does not know where this is going (does she ever?) but...

they ARE getting bigger...

what will the Dollmaker be doing with these luscious locks

..and so ends the year of the Dollmaker's

Here's to the beauty that replenishes your psyche

and the symbols that consistently restore your balance!