and the beginning of the Mandevilla Arbor 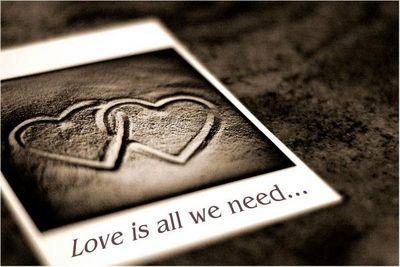 Yes, the Dollmaker actually got FOUR DOLLS listed on ETSY

before the Craziness set in....

Standing Solidly, Unwaveringly, and Eternally in the Present Moment!

And he wants you to join him!

such a Greenish little Man.

See his other side on...  ETSY

It HAS been a good year for the Tomatoes!

The Dollmaker's Property has undergone some serious changes:

From this, in September:

to this, in June:

But by the end of the summer, it will hopefully look more like this:

and her goal to rebuild the Storage Units

and that is just

Oh dear! One more month and this would be a pasture!

She hated to have to do it... but that Grass had to go!

But then... a Woo-Woo Thing happened

The Spirit of the Grass showed up.

In fact, It spoke only in Concepts, such as:

and with genuine Unconcern, the Grass communicated this message:

No matter what you do, you can never hurt Me.

Because I am the Grass, and I will be here long after You are Gone.

wow. That was reassuring.

THAT was when it started getting crazy...

and the Summer of Reconstruction began....

The busiest month in the Dollmaker's life...

Bobcats won the battle (if not the war) with the grass...

Loads of gravel and crushed concrete were hauled in and unceremoniously dumped...

Four more dead trees were cut down and

stumps were ground and mulch was made...

Over at the brand new Bastrop Convention and Exhibit Center,

where the Dollmaker gleefully gathered information

on unconventional building materials such as this:

(Let's see... I think this one was from a 7 thousand year old recipe last used to construct the Great Wall of China)

for rebuilding the storage units,

Old friend Ellen Horr had this to say:

"Wow, lookit that monster. Dang, doesn't it give you a sorta secret thrill to see

big boy equipment coming, loaded for bear, and know it's coming for you? hee!"

Really. At 70 feet long, that was one BIG TRUCK!

What do you want to be doing when it's 104 degrees outside?

Hey I got an idea! Let's WELD some burning Hot Metal...

Metal Contractor, Donnie Hise, and his son-in-law, Will Martinez,

are doing an amazing job on the construction of the metal buildings.

...back at the cabin... The Dollmaker's Workshop gets Electricity

ran the wires from the pole to the breaker box...

after which- he installed outlets galore, switches, lights, fans,

and even a darling little porch light

perfect for a Doll House!

And when it was all finished... he turned on the air conditioner

oh DEAR! This would not do at all!

Yes, folks, another big truck was seen backing into the driveway...

...this one was pulling a mobile unit...

Wait a minute! What is THIS? Whipped Cream?

No!  It's Spray-on Foam Insulation!

Yes, ma'am. We are here to turn your building into a large Styrofoam cooler....

And before long, yet another truck arrived in the driveway...

...who installed  gutters, downspouts and a 1100 gallon rainwater collection tank

Visit the Rainwater bottling facility.. or just check them out on the web...

Links to their sites:

S0 many people wanted the

Exhibit to come to Bastrop, that the Organizers decided to

take down the Austin Installation and move the whole thing to

Since the Dollmaker's Donation was already sold, she volunteered to donate

Another one of her "Smokey Doll Constructions" to this good cause.

This sculpture represents the dilemma of a fire victim-

Should I stay here and rebuild? The figure clutches "The Hook" which is nothing but an

old burned up padlock... but it's not locked. She can leave any time, but for now she just

sits there, "hooked" to that which will never be the same.

so the Dollmaker packed up the whole strange menagerie

and included them all in the Exhibit.

(Just for show, not for sale.)

Descartes misled us when he said:

thereby equating Thinking with Being! and now, a treasure of a film:

Oh this is a good one.