What can the Dollmaker say- Plague Doctors just nail it

which pervades most of the

Gertrude considers herself to be both a Wise Woman and a Wise Guy!!

...while forthrightly acknowledging her 'trademark frazzle'...

she describes her Look as:

and, right now, a reflection upon

the Coming of Winter

meanwhile in the Doll forest...

are most certainly laughing

(at us or with us?) and acting Goofy in the cooler weather...

the Grand Anomaly of a 16th Century Village all aglow

with millions of futuristic Christmas Lights!

There's still time to dance, prance and dash on over to experience a pseudo

the blessedly final "Themed Weekend" of the

One more Faire Weekend to go!

...while still only marginally coherent due to the nationwide onset of

All must still face

marching into the Mass Consciousness with it's heavy boots on...

extending the final Weekend to 3 Days:

yes, while things could not be described as "optimal" and certainly not "normal"

the Doll Shoppe has seen some strangely good times...

in fact, on the 5th Weekend- on Halloween Day-

the Dollmaker had her best single sales day EVER.

and this during a Covid Year!

Who woulda thunk it!!!

Well, Virginia, there IS a Blue Santa!

LOL and here the Dollmaker was calling them Wizards!

(although if anyone could claim the title of WIZARD it would be SANTA! just sayin)

How to contact Michael after the Faire is over:

will also still be available after the faire is over-

One size fits... most heads.

But right now it's really all about

the Dollmaker gives Thanks

for the Great Team she had this year at the Texas Renaissance Festival...

...Who all agreed with the Dollmaker

that this was a Game Worth Playing.

She also gives Thanks

for the whole Faire- Participants and Patrons-

persevering with Covid Protocols and subsequently

being allowed to stay open through all Nine Weekends...

(...the Corona Virus having been devilishly upstaged by completely unrelated calamities:

the loss of several key Office Personnel during the run of the faire)!

but the MOST gratitude is for the Festival

Going Back to 8 Weekends Next Year!

in the December Issue... 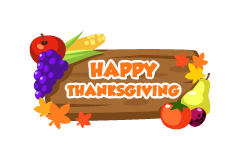