no matter what else is happening...

the reader shall see how the Essence of a Person does in fact, grow

And, furthermore, how the Essential Person

may even, in the end, consider

for those very "unlovely diversions"

but which forged the path to

...but no matter what else is happening...

every day the Dollmaker spends some time

summoning the fortitude to

while giving precedence to JOY, ART and History!

So, somewhere in there

between the agony, the ecstasy and the philosophy

and the Dollmaker's thoughts about the

tend to take the form of -getting Dolls made-

Thusly, during the otherwise sanity-defying month of July

a multitude of Magical Men

grumpily and impatiently querying the Dollmaker

over delays in the construction of their

after the Power Hats were all situated neatly upon

the many tiny but mighty heads

and the spinning stars, swirling mists and lightning flashes subsided

the party was simply remembered as

About that time the Dollmaker realized

she was low on Magical Fabrics!

this month the Gathering began...

and to go with the outer space fabrics,

Ali Mama and the 40 Rocker Wigs!

and COLORS which have been notoriously Unavailable (even pre-pandemic)

are suddenly being listed by online Fabric sellers

The Dollmaker has lusted after this Emerald Green Mongolian Faux Fur for years!

that she could find it somewhere else- nope.

Last week the Dollmaker had a fit when she found it

the instant the Dollmaker saw this gleaming Mint Green Shag

Visions of Mermaids came to mind...

The company selling this is DreamFabricsInc.

AND- the Dollmaker couldn't believe her eyes

after it, too, had been Unavailable for YEARS!

SO, what with empowering hats, avalanching fleece,

and, at the end of the month,

a Lion who keeps silent and just observes...

In July, the Dollmaker is learning

What is meant by

is the practice of effortless action

"Wu Wei is the Art of Sailing

rather than the Art of Rowing."

So... What really Happened in July...

the Dollmaker actually injured her back while frenetically packing...

which led to two weeks on the couch in recuperation..

she began to develop a more relaxed perspective

A Good Time for Computer Repair

During this time, since she couldn't sit up anyway,

her computer was picked up, whisked off to the "Computer North Pole"

Good Friends to the Rescue

During this time, Chris Parachini and his Family arrived with

a cane! AND, for heaven's sake- God forbid- a Walker! (bless their hearts)

and even thoughtfully watered the Dollmaker's Gardens

(every single day was over 100 degrees)

EVEN caught live grasshoppers for her Pet Toad!

During this time, after the first two weeks,

when she could finally move around again,

And they've been working together on Projects ever since!

(her dad, Chris, has a Rock Shop! So that works out too!)

Also during this time, once she could ride in a car,

in her (fully-loaded) van

where she had the Water Meter installed

and the Water turned on!

(the water had never been turned on

for as long as she has owned that property!)

Rob Johns and his son, Matt, are

getting the pipes cleared and connected.

Future Toontown neighbor Rob in the evening at the Barbeque Pit!

During this time, the Dollmaker also had plumbing issues at home

...the speedy installation of all new parts

inside the holy toilet in her "Bathroom Sanctuary"!

this time it only took two days to get it fixed

because she knew to call

and, most of all, the

After her participation in the cathartic Zen Couch Retreat,

and the Dollmaker quite naturally resumed

So, for the Dollmaker on the Hill

watching the World Spinning 'round..

it's been one of those double-edged "Transformative" Months...

To be flat-out Stopped-

to Allow the natural tempo...

where "Nothing is done but everything gets done."

and to Discover in this, a Healing.

...from the couch- and Beyond! 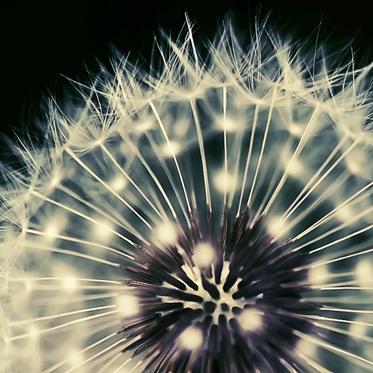