An Annual event hosted each year in a different city

This year the Conference was held in the Embassy Suite Hotel in San Marcos, Texas

The Dollmaker kept expecting to see Twins standing in the Hallways...

after a 2-year hiatus

and the Dollmaker had a really good time.

A whirlwind visit to Sherwood Forest Faire with friends

on a Cold Winter's Day

but then... suddenly, it was

nevertheless, as usual, The Dollmaker fell in love with a rock.

Hey, the Rockman Artist was from Alaska, so these were Alaskan Rocks!

His idea was to accommodate a few small Wildflowers...

by making Stones into VASES!

and of course the Dollmaker had the matching stones at home!

What Art Exhibit? What Wildflowers?

What? When Holey Stones abound!

Is there anything else around?

The Dollmaker had to be extracted

from a nearby streambed where she would have interacted

for hours with the Spirits of Stones, entirely distracted...

What can she say... she just reacted!

Bliss is a box of Hoop Earrings and a collection of Holey Stones!

The Dollmaker thanks Alda and Olias

for the most hoop earrings she has ever seen in one place in her entire life!

Back at home...  a fervent Moment of Georgia O'Keefe madness...

The Dance of another Spring!

a first time for everything... the Dollmaker's first

Interestingly, Tulip Petals are also known to be edible!

Painting the character directly onto the fabric...

while similar to improv theater,

just might have slightly more than the usual cast of colorful

and John D. MacDonald to name a few)

OUR story starts with these two

purchased online and shipped to Mary Kay in... uh-oh ... Florida...

a non-conventional Resident, neighbor and dear friend of Mary Kay...

an incredibly huge flashy Parrot perched jauntily upon her shoulder

ambulating along the shoreline at an unhurried pace

the sublime sunset at her back and a party just ahead...

wanted this scenario captured in a Doll.

The Dollmaker requested photos of the infamous avian accomplice..

When the Dollmaker met {the photos of}

as much as she admired his Grand Birdliness

she knew right away this wasn't happening.

Nope... this Dollmaker does not make Parrots!!!

So, it was decided that if the SeaCrest BirdLady

could come up with a small parrot which

would fit on the shoulder of a doll,

the Dollmaker would consider making the doll.

the SeaCrest BirdLady then went to ETSY,

Doesn't the Dollmaker know someone who does that sort of thing...

doesn't she know the

So, as usual, Joyce was crazy-busy but Still, she liked the idea of the

Parrot on the shoulder of a Doll...

So... in the middle of getting ready for a show,

She perused through the SeaCrest Bird Lady Photos and

and before too long, Joyce was twisting wire, wrapping wool and

She Nailed the Parrot!

She even gave him adjustable claws- so he can actually perch

So now all the Dollmaker needs to do is make the 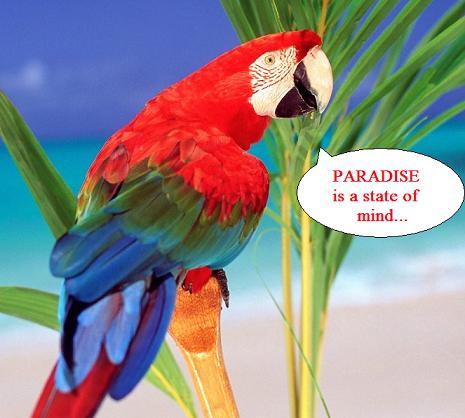 Making prints of her work is something the Dollmaker has always wanted to do.