hmmmmm.... when Rocks have thoughts...

and don't notice it.”

(not to mention- not usually PURPLE)

a group of Owls is known as a “Parliament”

as they have traditionally been considered to be of a wise disposition.

Words of wisdom from the current Purple Parliament:

"Be the Strange you wish to see in the World."

What, out of the mass of material offered to it,

shall Consciousness seize upon-

with what aspects of the Universe shall it "unite"?

Selecting the most perfect of the pygmies...

the Dollmaker now has a

for Fairy Gardens and Altars

"It is my job to make sure the crystals point upward...

can't have them lying about on their sides now can we?

They are so regal when they are upright...
even the small ones..."

The Dollmaker found herself staggering through the blinding Snowstorm

in her attempt to comprehend:

What do Crystals really DO?

Eventually, she turned to Science to try to make sense of it all...

These are some of her findings:

Quartz is actually made from

two of the most popular Elements on the planet: Silicon and Oxygen

as it is ridiculously abundant...

evidently the most abundant compound found in the Earth's crust!

In fact, the Earth contains so much Silicon

that it has been jokingly compared to an enormous flying crystal ball.

It also happens that Sponges have been discovered which are 100% alive and 100% Silicon,

so, we mustn't get too smug about there only being carbon-based life forms on this planet..

but the Dollmaker digresses

Yes, Crystals are solids which have materialized

(think of how orange juice is a liquid, but solids (the pulp) settle out of it when it's left for some time)

Water saturated with dissolved minerals seeps through crevasses in the rock...

and there the Crystals gradually and quite  literally "appear".

Usually, they grow along the walls of these veins and caves-

Happily, however, Sometimes in the "materialization process"

and these unattached specimens become

the highly valued "double-terminated" crystals with a point at each end.

sporting some of the strongest, most balanced, precise and pure frequencies in the

The quintessential physical quality of Quartz is it's

In an unpredictable world Quartz is the Rock

truly embodying the highest ideals of Science and Technology...

What the devil does that mean?

not in a random manner, but in a steady, reliable and predictable manner.

This is how a Quartz clock or watch, once set in motion, continues it's precision ticking.

The Quartz wafer connected to a power source (say a battery) will vibrate with uncanny reliability...

night or day, cold or hot, upside down or right side up...

under varying load conditions, indefinitely... or until the battery dies.

So, one could conclude that Quartz Crystals can be tremendously capable of

sticking with the Program, so to speak.

Now we are told

in the physical dimension...

but the key to maximum utilization is to learn how to consciously implement the tool...

hmmm... what can be done with a tool that changes energy from one form to another...

is open to being programmed

and, once programmed, maintains a steady, reliable pattern

capable of Order in the midst of Chaos...

Consider the Vibrational fabric of Reality...

When patterns of Energy are disrupted, Health can be compromised

resulting in a state of disease or illness.

Some say that Resistant, discordant energy patterning is responsible

for every negative symptom we experience, from headache to cancer.

Perhaps, with Intention, we could too.

Refer to this video for a more detailed (and fun) explanation:

The similitude here is just too good to ignore...

Heads will Swivel, as well.

at the Smithville Public Library

for the Little Bookworms!

Every Wednesday! It's Story Time for Kids!

And a Summer Arts and Crafts Program! Yay!

AND... The Dollmaker is having a blast in the fat middle of it all!

Volunteering at the Smithville Public Library!

Hope all you Fathers out there had a Great Father's Day!!!

And as the Dollmaker can attest...

certain Librarians really know how to have

Blueberries are ripe in Texas from 3-5 weeks in early June.

About the Doll Faces

The Dollmaker has always used fabric for the faces. Single-weight knits, mostly.

She has always wanted the Dolls to be Sturdily Built

that they might become heirlooms-  handed down through generations...

which she recently came to acquire

and the Dollmaker saw that one of her own life-long dreams was being realized..

the Dolls are indeed being handed down through generations. It's happening.

(interestingly...Lee inherited the same doll which she herself lovingly gave to her Dad- back in 1998)

The Gardens Loved all the rain...

Circling back to Certain Stones again....

the first letter of the Dollmaker's name...

Well, this month the Dollmaker found

Coincidence? The Dollmaker thinks NOT!

If the Dollmaker finds the "N" Stone next month, now THAT will be Woo-Woo!

See the Wee Peeple
in October and November at the

The Strange Story of
"Father" Christmas a book-signing with
Peter S. Beagle 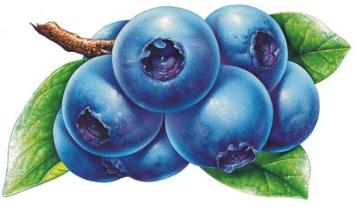