As Above, So Below

...from a strange dream

of Gyrode fossils spiraling up out of the mud...

It had been TOO LONG!

where stones with white crystal streaks can be found...

and the Dollmaker found an extra special one...

Hope to go back again soon!

It's been an incredible season for Berry Picking!

As Natasha and Neilie found out, the old abandoned vegetable garden in the "back 40"

has been "Occupied" by Dewberry Vines!

This year it was "on demand" Berry Picking!

How things DO change!

the Dollmaker appears to be on another

For sure, the Dollmaker understood that, like the Mona Lisa,

it was the SMILE that bespoke the Icon...

hmmm... but she still wondered about the back-story...

A Stepped-up Investigation of

Did he Know any Smiling Cats?

For lovers of language, the imagination, and feline mischief

is the Smiling Cheshire Cat..

this "Smiling Cat Issue" we find out, is hotly debated.

What Imagery made an impression upon Lewis Carroll?

Is the Icon derived from a Real Cat breed?

How deeply did Carroll intend its meaning to run?

like so many Other Questions {not only for deceased authors} which shall never be answered...

but the Dollmaker digresses...

Curious Minds are driven to ask:

What is really going on with this mysterious Smiling Cat?

Here are the Clues...

Regarding the Issue of the Inspiration for the Cheshire Cat being a Real Cat:

The British Shorthair is the most likely suspect

the habitat of this breed being: Cheshire County, England!

Since Lewis Carroll grew up in Cheshire County,

he might have even had one of these cats as a pet!

And Some DO Say: This breed of Cat has a natural Smile.

The British Shorthair is a well-balanced, medium to large, sturdy cat

with a powerful body, a broad chest, short, strong, substantial legs and a thick tail.

Round is the key word for the British Shorthair, accurately describing the head, cheeks, eyes and paws.

One of the most appealing features of the British Shorthair is their built-in smile caused by their round whisker pads.

The smile is like Lewis Carroll’s Cheshire cat; originally a tabby British Shorthair.

(could pass for Diagon Alley in the Harry Potter series..)

Therefore... the safest and probably most accurate Speculation would seem to be:

and that sounds about right to the Dollmaker too.... 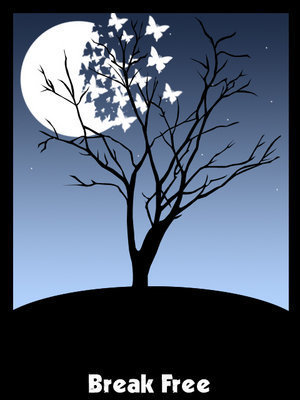