This month the Dollmaker moved into the 21st Century:

When she switched from this phone:

but the technologically swollen and burgeoning corporate entity, AT&T,

by delivering an Ultimatum couched in symbolism:

to a "Smart" Phone

(an offer which they reneged upon later)...

several weeks of research, as the Dollmaker

staggered through a data-eccentric Wilderness

"Choose the Right Smart Phone"... (take a side in the Apple/Android Conflict)

"Purchase the Right Smart Phone"... (how AT&T gets to renege on their offer)

but, for the Dollmaker, there IS one really fantastic thing about her new Smart Phone...

and it certainly is not about making phone calls...

For the Dollmaker it is ALL about

no more than two feet from the Dollmaker's back door...

and she was able to see the baby birds clearly! Bingo!

How great was this!

And loving the quality of the photos (especially for a cell phone camera...)

but then... things got complicated...

One day the Dollmaker checked on them and the nest was EMPTY!

who didn't even have tails yet, could not fly, and could not feed themselves

All decided to leave the nest at once.

The Dollmaker saw one baby bird was with it's parents...

It was fluttering around on the ground trying to fly, with the parent Cardinals coaching it...

OH, she thought, how sweet- they are teaching it how to fly...

when a Hawk suddenly showed up, swooped down and grabbed the baby.

As the Dollmaker ran, waving her arms, screaming in horror,

she slipped and fell face-first into the mud,

the Hawk carried the baby off, killed it and ate it right there on the telephone pole.

For the rest of the afternoon, dripping with mud, horrified beyond words,

the Dollmaker patrolled the yard like the King's Guard, putting herself between the

and the predator who watched closely from the branches above.

but there were two left on the ground...

the Dollmaker scooped them up and put them in her Workshop.

It poured down rain that night and she never saw the one in the tree again.

So that left Two (clueless) Babies out of the original four.

And this Dollmaker was not about to see them die.

So... to make a long story short, although she made many attempts to return the babies

to the Wild, and to the Parents, the Rains kept coming and the sodden ground was

The Cardinal parents showed some interest between rainstorms

but soon it became obvious

that the parent birds were building another nest

in a tree with lots of other species of birds.

This was only supposed to be about

the Dollmaker took her new role as Bird Mother quite seriously...

She fed them cat food soaked in rainwater, and their feathers grew in.

Inside the safety of the Workshop they learned to fly, choose their perches carefully

and land without falling to the ground.

Soon they became aware of themselves and began to preen and stretch their wings...

Now, sometimes they even stand on one foot!

At this writing they both have tail feathers and

will often fly down from the lofts at feeding time, which is huge,

saving the Dollmaker from having to crawl up there after them.

and they have already started pecking at things...

Soon they will be ready to be released

back out into the Wild to face Life's Joys and Dangers on their own.

At the same time, out in front of the house, along the highway

another miracle was unfolding...

sent up a huge stalk- it was going to bloom for the first time ever!

Nature was providing another Photo Opportunity for the Dollmaker...

That's a 10 foot landscape timber sticking up on the left.

So, the Century Plant Stalk is probably at least 25 feet tall!!!

In the picture below, one can see that the stalk is definitely

taller than the house

and about as tall as the telephone pole

As the days and weeks passed, flower stems developed...

and yes, the Century Plant (or Blue Agave)

is indeed in the Asparagus Family

Later on in the month...

where the Dollmaker got to shoot Rocks

(rocks are so easy- they don't blow in the wind, turn around, walk off, blink, or fly away)

which makes them just perfect for...

(yes there are caves in this park)

And finally, although not much Dollmaking got done this month...

The Dollmaker did address the question of:

What to do with all those


Sure, everyone knows how those stray Pockets  tend to accumulate around the house...

And Clothing Labels - same thing- where do they all come from?

and then add tassels, fringe, and hundreds of species of extinct rick-rack to the heap...

and Something needs to be done!

Well... it was time they all made themselves useful...

But mostly May has been about the

Somewhere... under the carport..

Birds nest under the carport

We wish them all the best! 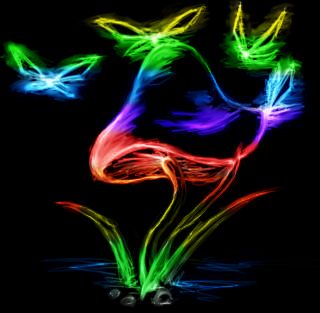 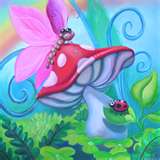