The pendulum this month swings from No Dolls ...to... Doll Overload!

We are talking about THOUSANDS of Dolls here!

Oh my! And just look at what is behind the closed door of this Upstairs Bedroom:

but most often were to be found lounging around in bedrooms on stacks of pillows...

the Dollmaker easily slides right into this Picture...

Dolls which provoke the Creating of Worlds... they Could BeTravelers- It's the 1920's

and they are waiting and smoking and sitting on the bench at the station...

These are Ladies who wait for busses and trains... they wait for doctors and job interviews...

cramped and nervous yet pert and determined... aware of their own qualifications...

copies of the Women who owned them...

and (unlike baby dolls) were not necessarily meant to be played with...

Bonnie's collection is so vast it might have to be covered in more than one issue!

To the Doll Mansion the Dollmaker must certainly Return!!!

A Black Cat and Broomstick Day

in the kitchen of Bonnie's Doll Mansion!

shall be well and properly accessorized. 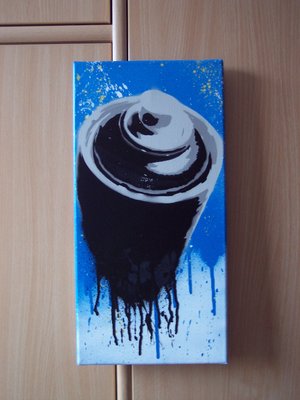 (a spray-on polyurethane coating sort of like a liquid rubber)

the Dollmaker feels compelled to 'branch out' a bit...

forthwith to boldly cross the borderlands to a realm

blissfully free of the constraints of contrived realism

Are These really Dolls?

ok, then... Just What SHOULD the Dollmaker call her Art Form?

In this stand-alone Assemblage one can discern the Human Influence.

the armored FEY have something to say

do not consider themselves Human...

so Human Characteristics do "pop up" from time to time...

...inevitably, though, it has been the Dollmaker's experience that

Human Characteristics can and do morph-

detouring quite suddenly into Semi-Human Characteristics...

stretching on down into- Not-so-Human.

at this point, deviation from "Human Characteristics"

Owl Characteristics have been known to

and Cats shall dominate. (so, there's that.)

but at least the

and the Pocket Peasants...

the only actual recognizable Doll made all month...

and even he harrumphs at being called a Doll!

Remember the days when you could SEE the Wee Doll Mountains?

yes, the Doll Mountains got a serious haircut... long overdue...

The old pond was overgrown and all but invisible

to everyone except mosquitoes looking for a breeding hole...

It had a crack in it and lots of nasty old muck.

The Dollmaker promptly decided to fill in that Pond,

open up the surrounding fence in two places and make a

winding through the Wee Doll Mountains!

The Dolls will sparkle and shine, posing happily upon their stone pedestals once again

enjoying Mountain Vistas and beckoning to all Visitors

who will actually be able to Reach the Dolls on display!

The lowest branches bloomed first, and then died first

now the topmost blooms are wilting too

and the stem is brown instead of green...

What a blessing this has been

to observe this regal Giant throughout her entire Bloom-time

which, so far, has been three months now!