If we plant a Celery Heart, will it disappear into thin air?

But will it Sprout? Yes, indeed!

Think of a story to go with this picture... "...in the Garden of the Rainbow Merchant

"Candy Land- where even the Tomatoes look like Skittles..."

This Season's Hottest New Wee Peeple are not even Human!

Introducing the newest member of the Wee Peeple Team:

by this lovely maiden awaits you at Scarborough Faire, (the Renaissance Festival).

Brad is also back, most eagerly awaiting the moment when he might regale you

with amusingly embellished anecdotes concerning both real and imaginary events.

Additionally, working at faire this season are darling daughter, Shannon,

and her sweetie, Chad, who is working Security and gets to wear the

It's been Eight months since the Great Fire

which burned the Dollmaker's home and property-

The sorting and repairing of precious broken pottery and sculpture is

well underway. The miniature Teapot Collection is battered, but regrouping!

spattered ruins mark the Time and Place of Decrease...

ah, the fathomless outpouring of Beauty

into the fragile Present Moment...

...all of which reminds the Dollmaker

that she has not recently told the eternal story of...

From a time so long past as to be indefinite in history or tradition...

Humans have asked this question....

Yes, indeed. For the Dollmaker this is still a Frequently Asked Question.

(The Dollmaker is obliged to explain less frequently now,

since more people seem to know who Green Man is these days...)

... be that as it may, the Dollmaker shall now answer the question, her way...

there lived a strange race of Ancient Earthlings

who had Vines growing from their mouths and noses....

They certainly didn't have vines growing out of their mouths and noses! How absurd!

These Ancients were... pretty much ordinary humans... like you and me...

Except that they were GREEN!

No, no, these people were not GREEN. Heavens, no.

Okay, really now, Once upon a Time,

This group of ancient earthlings observed that, by mid-winter, all the leaves had fallen from the trees,

yet this did not mean that these trees were dead.

On the contrary, the trees grew more leaves again in the Springtime.

When the time was right, the trees came back to life.

Right. But it wasn't just the trees- the bushes and shrubs grew new leaves again too,

the grass came back from dried-up husks,

and the flowers popped out in renewed splendor-

all of which fairly reliably led to fruiting, harvesting and eating...

and indeed, folks back then made eating a priority!

Generally speaking, to this day we still feel strongly about eating.

So Nature absolutely awed the simple folk of ancient times-

they really marveled at the behavior of the Greenery.

They watched throughout the winter

and waited for the Greenery to come back each year

and they saw it as miraculous and darn near religious when the Green did come back.

And each year in the Springtime... they called it-

The Return of the Green.

( I believe I mentioned they were simple folk.)

And the Return of the Green was a reason to party. 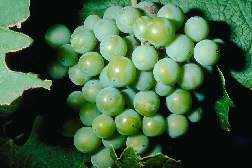 So, the simple Green-loving people of olden days would hold these wondrous festivals

to celebrate the Springtime and the Return of the Greenery,

during which they danced and frolicked about and found ingenious ways

to entice the Greenery to flourish.

Yes, friends, they did think that they could entice the Greenery to flourish,

and some of you know that this is definitely

...for now let us just say that since

the GREENERY was the Theme of the Festivities,

someone had to REPRESENT the GREENERY in the PARADE!

Back in those days, the men were the actors;

they even played the parts of women onstage, so of course it was a man

who got to wear the costume made of leaves and branches

and play the part of the GREENERY in the parade,

who also wore a matching costume of green and leafy branches.

The guy impersonating the Greenery became known as

(LOL!  Yes, this Tradition lives on, even today!)

During these ceremonies, there was much gratitude expressed amongst the Ancients

to the GREENERY for the wine which made philosophers of a great many of them...

and when these Philosophical Elders got together

to contemplate the matter of the cyclical Greening, it struck the ones still standing

that the man on the back of the donkey pretending to be a GREEN MAN,

really was a GREEN MAN!

It took centuries to unravel what these wise elders meant...

but evidently the philosophers of old intuited that

the individual representing the SACRED GREENERY

They understood that Mankind can be said to be... well, green.

In other words, Self-Renewable. Capable of new growth.

For most people, a typical example of Self-Restoration happens

during our "dormant" phase- during sleep each night.

We wake up and we are renewed!

in painting and sculpture.

and into massive wooden doors.

Oftentimes artists would depict a masculine face surrounded by leaves,

sometimes with vines twirling into or around the mouth,

sometimes with  rather odd expressions on the face...

what sort of half-plant half-human creatures

these ancient artists were striving to represent -

...but scholars such as Carl Jung and Joseph Campbell

have found the GREENMAN images fascinating

and have written volumes describing the regenerative Greenman as

...which means: A Universal Truth

at any time period throughout endless Time...

So, into these lofty realms... enters... yours truly,

She who is always on the lookout

for unique and powerful, new and meaningful Imagery for her Dollmaking...

Green, leafy and symbolic... oh yeah, got to make HIM!

will often select a Greenman Doll, realizing that

applies to emotional and spiritual renewal

(AND relationship renewal) as much as it applies

to the regeneration of fingernails and leaves.

So, the answer to the question,

gazing upon our own reflections in the mirror...

We Humans do have a way of making it "about us"...

There are times when mortal eyes may catch sight of "something else"...

...not the doll, the archetype, the parade-walker, the reflection in the mirror,

or the symbol... but

within the Trees, cast of shadows, stems, leaves and light

shifting forward and backward in the breeze...

"What people really need and demand from
life is not wealth, comfort, or esteem, but games worth playing,"

Check out the Construction of this awesome Structure

made pretty much by one woman! Using recycled colored bottles!