and then on June 22nd it rained!

Yay! Such a Blessing that was! It was a miracle!

Some more Mermaid Drawings...   This one will be a painting!

So, this month a strange thing happened....

Now this is Reality

Once upon a time, pretty far from here, there lived an Ordinary Dude.

Though he was fairly tall, he had a lovely Lady Friend named Annette

who was quite Petite.

The lovely and Petite Annette wanted to give herself a Nick-Name, so she

combined the word Raisin (suggesting diminutive), with Annette, and came up with

jolly good   Remember this is reality

So one day Ordinary Dude

and what picture do you think came up?

made from a Recycled Raisin box!

Ordinary Dude was astonished at his discovery!

A most extraordinary coincidence!

was even spelled exactly the same way his Lady Friend spelled her Nick-Name!

{could there be a Higher Intelligence at work here?}

The Dollmaker was out of town for Memorial Day Weekend

the Renaissance Festival, so she didn't notice the email transaction right away.

So Ordinary Dude called the Dollmaker to check on the status of his order.

And that was how the Dollmaker found out about the other

But it gets better.

When the Dollmaker created the RaisAnnette Doll last year,

and called her- a reality doll

She never even remotely suspected the REALITY

that somewhere out there was a real human RaisAnnette!

So, when Ordinary Dude sent  this picture to the Dollmaker

of the two RaisAnnettes, side by side,

the return of the

...from every year at the Texas Renaissance Festival...

You usually see pictures of Mary Anne at the Wee Peeple Doll counter!

about how she is not going to be buying any more dolls this year... except these three right here...)

There really have been So MANY in the last 25 years!

just HOW MANY Dolls did Mary Anne have?

And, really, the photographs go on and on...

a Jolly time was had by All at

Her home was a Masterpiece in design and decor. The Dollmaker was positively delighted

to be so well represented amongst all the many exotic Treasures she collected while Journeying through Faraway Lands...

Strands of Beads in the Doorways! Magical Tribal Implements of Worship or Something!

The Dollmaker gloried in it all, really.

Thanks Mary Anne! Had a great time! See you in the Fall!

Way too much FUN was had!

A Truckload of Instigators!

The Crazy Crimson Girls from Bastrop, Texas (and beyond)!

and then go do that. Because what the world needs is people who have come alive." 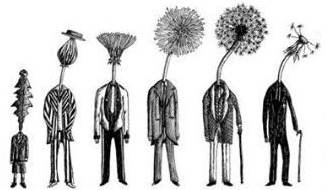 and Thanks goes out to:

glitter-graphics.com    and    blingee.com  and