Saying farewell to Shannon at the airport, the Dollmaker asked her:

"What would you like me to bring you back from Florida, my darling daughter?"

The Dollmaker was going to the "shelling capital of the world"

and she was on a mission to find the big beauties.

The Dollmaker had lots of fun in Florida,

and time for traveling companion, John, to move along and go to visit his cousins in Winterhaven.

so the Dollmaker was faced with a choice-

Right- even though the Dollmaker really doesn't like to be onboard a ship,

especially if it's in the water, any time ever, for any reason,

would she ever be caught dead on a cruise ship...

Captain Paul talked her into trying Dramamine. It worked.

Every time the boat tipped as she was staggering across the deck,

the Dollmaker actually got into the swing of things- and never once felt queasy at all.

Don't ask  how it works but it works!

So anyway, the Dollmaker enjoyed the breezy ride,

as the waiters kept coming back with more free drinks,

and by the time the ship got to the port at Grand Bahama Island,

the Dollmaker was ready to pass out.

Instead, it was time to gather her wits and her baggage and her passport and go through customs....

this being another country and all.

Ok so once she got through that

and the taxi ride to the hotel and the enormous line at the desk in the hotel lobby,

throwing open her suitcase and grabbing her shorts and her collection bags,

she raced out the door heading for the beaches and the SHELLS!

Yippee! the Dollmaker was finally here! In the land of beautiful conch shells!

And her only problem was going to be hauling them out of there with her bad back.

the curvy paths toward the beach! yay!

Well, the sand was smooth and clean and the water was shallow and turquoise

if it weren't for one little problem... there were NO SHELLS! NONE! NADA!

So she raced back to the hotel.

was the beach she could go to - to find the shells!

The dejected Dollmaker rolled back through the marketplace,

ate some dinner, trudged back down the pier to the water taxi and to her hotel

and went back to the beach alone to walk and think.

The Dollmaker walked along on the cool barren sand

Mountains of the most beautiful shells you ever saw.

And she thought of course that since there were big piles in the pictures,

there would be big piles on the beaches...

Just then it occurred to her

that all along she had been asking everyone the wrong question-

that was why she was getting the wrong answer!

The Dollmaker raced back to the hotel and grabbed her map.

The first person she saw was the guard at the parking area in his little guard shack.

She moseyed on up to him and asked the right question:

Oh those big piles of conch shells! Yes! Like in National Geographic!

You have to go way outside of town- to Fisherman's Hole Road.

Oh she couldn't believe this- music to her ears!

She was getting the information!

showed the Dollmaker on the map just where Fisherman's Hole Road was.

It was fairly far from her hotel.

But she had til 4PM the next day,

when she had to be back at the ship.

She asked him how she could get there.

The Dollmaker got up the next day and was ON the 8AM Water Taxi.

The bus picked her up and she made it to downtown

the only thing out there was water. And two fishing shacks...

and a couple of native men cleaning fish...

The Dollmaker got off the bus and it zoomed away.

It was quiet as she took in what lay before her.

The water was on both sides of the road.

She got out on the left hand side of the bus, and gasped!

The entire beach in front of her was textured with hundreds of old bleached conch shells.

It was a conch shell graveyard! Wow!

But when she turned around and saw what was on the other side of the street,

she could not believe her eyes!

The Dollmaker unabashedly galloped across the street like a frisky pony!

The wheels of her rolling shopping bag were airborne! OMG!

Laid out before her, as far as the eye could see!

Three feet deep in some places. There were MILLIONS OF THEM!

in both directions and into the water and beyond.

The Dollmaker crossed the street and fell to her knees before them.

She knew she could only carry about seven of them out of there.

They were big and heavy

and all she had was her little rolling shopping bag made of canvas, and some plastic bags.

So she set to work immediately.

The Dollmaker photographed them from every direction and from every angle,

and then she crept carefully over them to the water's edge

to select a few that were clean to take with her.

Later that day, when the native ladies at the market heard what she had done,

that she had located the source of the conch shells and taken a city bus instead of a taxi,

one of them paid her the best compliment she received on her whole vacation...

she said to the Dollmaker:

You are a smart traveler!

Are you Ready to MAKE A DOLL!?

squeezing it in before Scarborough Faire starts!

When the Ladies want a Doll Class

by golly the Dollmaker thinks they should have one!

You-all are hereby invited to a

Register online or by phone

What happens before a Doll Class ever gets started?

Novice Dollmakers usually feel some kind of a "calling" for this.

Like when the grandaughter calls on the phone and actually wants to do something together with you.

That is the time to be ready with your VISION.

It's GOOD to have a Vision.

You close your eyes and you behold

gleaming like 12 suns and balancing a twinkling star on each fingertip... 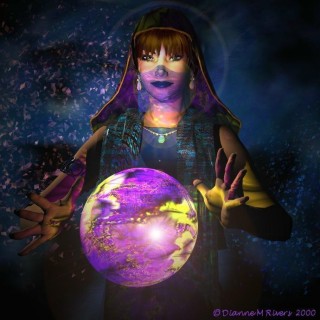 and then again, there are more than a few wistful souls out there who close their eyes

and nothing happens. But still... They too, want to make a doll...

There are two Ways to work:

1. We work, knowing what we are doing.

2. We work, not knowing what we are doing.

It often happens, when we are, in New Age Parlance, "trusting our Process",

that the "Process" takes over,

and it's not about the contrived formulation of 'IDEAS' anymore,

but instead, it's alive now, and we begin to speak to our creation in it's own language,

which is the language of color and aesthetic design,

not the language of names and titles,

and we serve the work best just by bringing to it whatever it says it needs.

What Should you Bring to the Class...

The class is divided into three parts:

1. Build the doll body and decorate it

3. Design, transfer and paint the Face

The Dollmaker provides the Doll Body and Head,

with the soft sculpture nose already sewn in. but You will need to...

(which is a category in itself)

Know that some students have arrived at this class with ROLLING  DRAWERS full of stuff...

Filled to the brim with treasures:

yards and yards of fabrics from the finest silks to some pretty tough leather,

Your special stuff could all come from your closets and drawers, from your grandmother's attic,

or you could go on a wild shopping spree,

(a lot of ladies really adore this part- where they get to go on a wild shopping spree,

they might have a five-story house crammed with more dollmaking supplies than they could use in a lifetime!)

The Recycling Issue got put on hold

There's always so much more to write, but this Issue is time-sensitive

since folks who want to take the class need time to plan for it...

Music used in the Slideshow

Love and Happiness sung by EmmyLou Harris and Mark Knopfler

using TILE ADHESIVE for brother Paul covered with memorabilia and shells from our adventures together....