"If you want to go fast, go alone.

If you want to go far, go together."

Right ON the Solstice! very cool.

ok, beware... the Dollmaker is really waxing metaphysical in this issue!

This has been a year of Cool Challenges for the Dollmaker

so now in  December it's

"The origins of the Mystical Tarot, and those of Freemasonry,

are to be found (or lost) in the domain of myths and legends at the dawn of our civilization."

both accept that the Tarot is firmly entrenched in Freemasonry.

But could the Mystic Symbolism of the Tarot

be found in Collodi's Tale of a Wayward Puppet?

Investigating The Esoteric Parable of

Well, to begin our study,

and so, the question could be raised...

meant from the start to be the story of

a Fool's Journey to Enlightenment?

Prove yourself brave, truthful, and unselfish,

and someday, you will be a real boy.

The Benevolent Father and Creator-Artisan, Geppetto....

launches the Fool on his Journey....

The Emperor Card is often interpreted as
"The Father"

Right away Geppetto realizes he is going to need some outside help.

The Star is a card that looks to the future, predicting hope and healing.

This card suggests unexpected help will be coming, a guiding light to the future.

And whaddaya know! The Star shoots in through the window and becomes

Could her character have been inspired by the...

"...waiting for an active principle to bring it to expression."

puts it in another way...

The Coachman: "Give a bad boy enough rope,

and he'll soon make a jackass of himself."

"The wooden boy, lacking a moral outlook, is naturally prone to misjudgements..."

"The boy finds himself existing in a lower plane, (wood)

and his mission, {should he choose to accept it},

is to voluntarily cultivate attributes of mind which incorporate a spiritual dimension."

So, onward through the fog!

the Wheel of Fortune

represents the intercession of random chance into the Fool's path.

you'd think somethin' was gonna happen to us!

[a tail pops out of the seat of Lampwick's pants; Pinocchio puts down the cigar he has been smoking]

Lampwick:  [Now his head is that of a donkey] What's he think I look like? A jackass?

could represent "a spiritual teacher who helps the puppet come into contact with the divine."

facing the Dark Night of the Soul, and

Motivated by a newfound concern for the welfare of others,

The Justice Card is about making adjustments,

it's about doing whatever is necessary to bring things back into balance.

Well, it wouldn't be a proper INITIATION

Striving to achieve a higher level of spirituality through self-improvement

if we didn't have a final Gateway to pass through...

Prove yourself brave, truthful, and unselfish, and someday, you will be a real boy.

(be it called awakening, realization, enlightenment, or being born again)

Nevertheless, It came to the Dollmaker's attention, back in the Seventies,

that the "Secrets" (so-called) were being let out of the proverbial mystical Bag.

A shift in consciousness was in the wind

Ask and ye shall receive!

The I Ching and countless other oracles from Medicine Cards to Runes, The Goddess was re-emerging,

The Angels were having their say, Holy men from India were on lecture circuits,

Brotherhoods and Sisterhoods were coming out of the closet

It was a complete turnabout from:

"Don't let the masses know about this stuff!"

So... it might have once been a secret that

was a story about

“lifting the veil” of worldly illusion

but the New Message  being given today is

Anybody can do it.

an even more Esoteric Interpretation of Pinocchio:

Also: What is a Mystic? a VERY GOOD article:

So, December is a month of reflection...

Reflections on the Year 2010, which will never come again.

The Year the Dollmaker joined an international online Doll Club

and participated in the

Out of 16 Challenges (four quarterly and one each month)

the Dollmaker participated in the following:

the Dollmaker intends to get in on the

A fun project where 6 Dollmakers on each team collaborate on the creation of a single doll.

One member starts a doll and then mails it to the next person, who adds something.

The doll travels across continents to all six Dollmakers and back home again,

carrying with her a beautifull handmade Journal,

in which each Dollmaker writes of the Doll's adventures!

There she goes! Wild Thing!

One of this year's Dolls on the move!

as a member of the Challenge Commit-tee hee hee

as a "THEME" for a Challenge for the upcoming year

the First Quarterly Challenge of 2011

Stay tuned for the Adventures of

who uses common household appliances to save the world!

with the use of a simple everyday phone charger! What a guy!

(special order created for Amy Palm for use in her classroom)

Ah yes, Abundance. Here's a thought on that:

"Beyond the basics, the average middle-class person in the developed world

has a higher standard of living than the kings and queens of earlier eras enjoyed.

We eat exotic foods from all over the world.

In the dead of winter, we can enjoy bananas and other tropical foods,

something even Queen Elizabeth I would have been unable to do."

-The Tao of Abundance

they thought they could have acquired vast treasure troves of

working refrigerators and flush toilets for their castles!

A mighty HURRAH for our civilization! 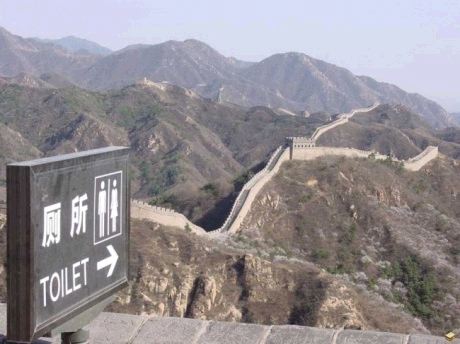 No longer forward nor behind

I look in hope or fear;

But, grateful, take the good I find,

The best of now and here.

"The best kind of giving is thanksgiving."